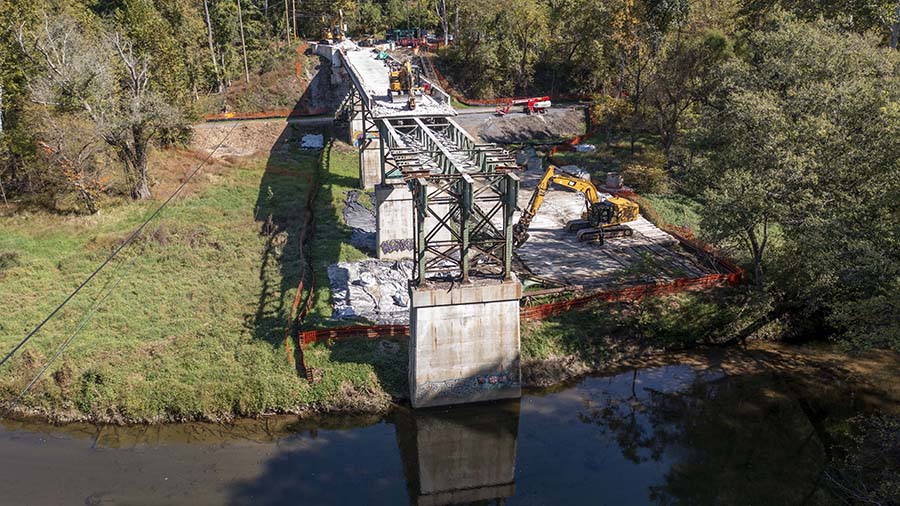 This project, located in Baltimore County, is for the replacement of Bridge No. 6507 on Phoenix Road over Gunpowder Falls and associated roadway improvements. The existing structure is a six­ span, 432′-9″± long, steel deck truss bridge supported by reinforced concrete and stone masonry (assumed) abutments and stone masonry (assumed) wall piers. The bridge was originally built in 1922 and underwent rehabilitation in or about 1980. The associated roadway improvements include reconstruction of the bridge approaches, full-depth replacement of the roadway pavement along Phoenix Road north and south of the bridge and Philpot Road north of the bridge, and improvements to the Phoenix Road/Philpot Road intersection north of the bridge.